On August 14, 2012, I made a promise to Ryan in front of the almost 200 people at his funeral. My promise was that I will “fight like hell” to find a cure for DIPG.

The fact is that this awful cancer took my son and it will take 200-300 other children this year alone in the United States. This being a rare tumor or cancer makes it lack for funding. The government focuses on the cancers that cause more damage to our society than just a few hundred children. I feel that one child is one to many to lose.

So that’s why we started this organization. It is Ryan’s hope that we find a cure for not only DIPG but for all cancer.

How do we do that you ask? The answer is, we need to fund medical research.

By donating to Ryan’s Hope, that is exactly where our funds go. Ryan’s Hope will fund the doctor who is at the cutting edge of a new treatment that may someday help your child, grandchild, niece, nephew or cousin. By purchasing this book you have given to the HOPE that one day we will see this horrible disease eradicated and protect our children and their children.

These are some of the facts that motivate the need for solid advocacy and increased awareness. It is for these reasons that we need to increase the message and argue for greater visibility and funding on the federal level. 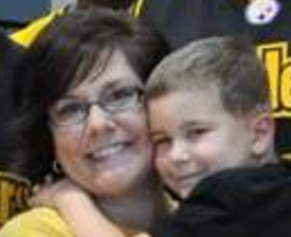